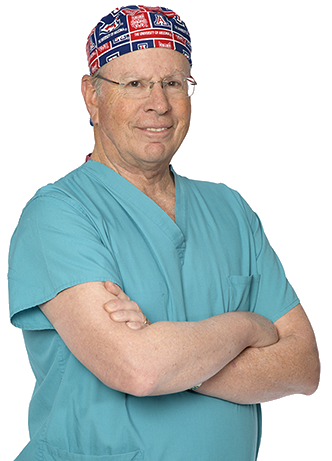 Dr. Kron received his undergraduate degree in 1971 from the University of Pennsylvania and earned his medical degree from the Medical College of Wisconsin in 1975. He went on to conduct a general surgery residency at the Maine Medical Center in Portland before completing his training in thoracic and cardiovascular surgery in 1982 at the University of Virginia, where he was then appointed to faculty. In 1993, Dr. Kron was named Chief of the Division of Thoracic and Cardiovascular Surgery and became the Program Director of the Thoracic Residency program. Dr. Kron helped increase the national visibility of the Division and the Thoracic Residency program at UVA. He developed a successful NIH-funded research laboratory where many residents and students have gained experience in thoracic surgical research.

Throughout his career, Dr. Kron has published more than 500 manuscripts, including 160 articles in The Annals of Thoracic Surgery, making him the most prolific author published in the STS journal’s 50-year history. He also has made nearly 250 presentations on cardiothoracic surgery in the U.S. and internationally. He has published about 30 books and chapters, and has been the principal investigator for more than 20 funded research grants.