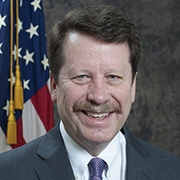 The recent Commissioner of the Food and Drug Administration, Robert Califf, MD, MACC, will serve as the keynote speaker at the University of Arizona College of Medicine – Tucson’s 2017 Convocation . He will be joined by the College’s 50th anniversary speaker Volker Sonntag, MD, a member of Arizona’s first class of medical students.

Dr. Califf is the Donald F. Fortin, M.D. Professor of Cardiology in the Duke University School of Medicine. He was the Commissioner of the Food and Drug Administration (FDA) from February 2016 to January 2017 and Deputy Commissioner for Medical Products and Tobacco at the FDA from February 2015 until his appointment as Commissioner. His leadership has improved methods and infrastructure for clinical research.

In recognition of the 50th anniversary of the opening of the College, Dr. Sonntag, student president of the Class of 1971 – the College’s first graduating class, will speak about the early years of the College. Dr. Sonntag came to the U.S. as an immigrant and worked his way through medical school. He is an internationally renowned neurosurgeon and served as president of the AANS Professional Conduct Committee, the North American Spine Society and American Academy of Neurological Surgery, in addition to having made significant contributions to the treatment and understanding of spinal disorders. 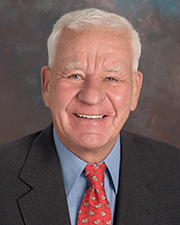 “It’s an honor to have Dr. Califf and Dr. Sonntag, both influential and inspiring international leaders, address the Class of 2017 during our 50th anniversary year, which focuses on innovation,” said College Dean Charles B. Cairns, MD.

The UA College of Medicine – Tucson Class of 2017 Convocation will be held at 7 p.m. on May 11 in UA Centennial Hall. For more information, please visit http://medicine.arizona.edu/admissions/annual-event/convocation.