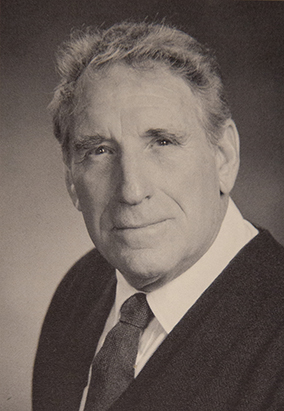 Philip Krutzsch, PhD, one of the original “Big Three” founders of the University of Arizona College of Medicine, passed away on Wednesday, Nov. 7. Dr. Krutzsch was born on July 12, 1919. He was 99 years old.

Dr. Krutzsch is remembered for helping lay the brick and mortar for the medical school and creating the basic sciences curriculum from the ground up. Fellow colleagues and friends describe him as a humble, kind and adventurous scientist who loved bats, butterflies and other critters.

In 1964, Dr. Krutzsch became the first faculty member hired by Merlin K. “Monty” DuVal, MD, the first dean of the UA College of Medicine. Dr. Krutzsch relocated to Tucson from Pittsburgh, PA where he served as associate dean and associate professor of anatomy at the University of Pittsburgh School of Medicine.

Dr. Krutzsch was recruited to manage the budding demands of the new medical school and to serve as the right-hand man of Dr. DuVal. Dr. Krutzsch wore many hats in the early years of the college; he helped plan the Basic Science Building (current College of Medicine building) and became the first professor and chair of the college’s Department of Anatomy.

He also served as planning assistant to the dean. This included playing a key role in the design of the basic sciences building and traveling across the state of Arizona to garner support for the medical school alongside the other “Big Three” founders, Dr. DuVal and Oscar Thorup, MD. In this same role, Dr. Krutzsch helped handpick founding faculty members and the first class of students.

“I remember him likening our search for the first department heads as, ‘We have a button and we would like you to sew a coat on it!’" 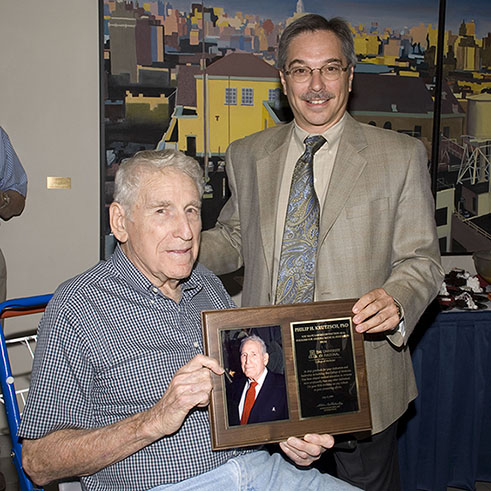 “We would search bat locations in Southern Arizona looking for bats,” Dr. Palmer says. “On the first outing he warned me to keep my head up to see the bats, but [at the same time,] not to step on rattle snakes or to be run over by peccaries as they ran out of the abandoned mine tunnels.”

David Piper, a librarian for the UA Health Science Library, recalls how Dr. Krutzsch used to share tales from his boyhood.

“As a teenager — or maybe even younger — he would head out walking east from the San Diego area, where his family lived at the time, with just a gun and a friend to explore for four or five days at a time,” Piper says. “He would live off the land.”

Piper adds, “He always kept very physically fit. I hear he played a mean game of handball and routinely bested graduate students half his age.”

A Thirst for Science

As a scientist at the College of Medicine, Dr. Krutzsch was known for his investigations in comparative reproduction and sperm biology. He received funding from both the National Institutes of Health and National Science Foundation through much of his career.

As a teacher at the college, he instructed gross and applied human anatomy courses.

In his free time, Dr. Krutzsch was an avid collector and studier of moths and butterflies. He also published numerous papers about bat reproductive biology. In 2000, he published the "Reproductive Biology of Bats," a 500-page textbook.

Upon his retirement from the College of Medicine in 1990, the professor was particularly proud of the exceptional graduate students who had come and gone on to careers in medical education and research. He was also impressed by the faculty members being recruited to the school, many of whom he believed would make significant contributions to reproductive, developmental, cell and neuro-biology.

PLEASE NOTE: A memorial service for Philip Krutzsch, PhD, is scheduled for Saturday, Jan. 5, 2019. The service will be held at Casas Adobes Congregational Church, located at 6801 N. Oracle Rd. More details to be announced.